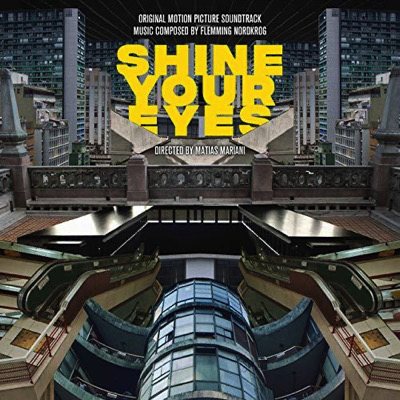 #Berlinale2020 Review: O.C Ukeje is lost in translation in “Shine Your Eyes”

You wouldn’t be out of place if you concluded sometime in the last decade that O.C Ukeje was going to be the next great leading man. Coming off a surprise win at the inaugural AMVCA award in 2013 for Two Brides and a Baby, plus a string of roles in high profile projects, some of them, international productions, and a 2017 berth at the Berlinale Talents campus, it seemed like we were steadily heading for an O.C renaissance. The man had the looks, the talent and in interviews, was conscious about expressing a desire to do work in more challenging fare.

The renaissance didn’t quite happen as expected but Ukeje was back at the Berlinale this year, this time as the headliner of the cross-cultural Brazilian puzzler, Shine your Eyes (Cidade Pássaro) which had its world premiere in the Panorama section.

The titular phrase is likely to translate differently to different people but anyone with any trace of Nigerian in them recognizes the slang as a shrewd warning to be extra vigilant, routinely dispatched in big cities like Lagos. This title is particularly apt in this fish out of water story about a Nsukka born, Lagos based musician who travels -to São Paulo in Brazil on a wild and stressful search for his long-lost elder brother who suddenly drops off the map.

There is some stroke of genius somewhere that illustrates how director, Matias Mariani is able to trace the relationship between specific Igbo cultural beliefs to scientific interpretations and the modern-day dysfunction of São Paulo. Some of it is clumsy but strip through the cluttered layers and Shine Your Eyes is a tale of human connection in a world that has advanced into individualism, leaving the collective behind.

Ukeje, making a return to the big screen after some time off the radar, plays Amadi, the protagonist who upon the urging of his mother makes the journey to Brazil where he is almost swallowed entirely into a whole new sub-culture. The hidden-in-plain-sight relationship between Lagos and São Paulo is one of the significant moments of brilliance that Mariani’s film is composed of.

But therein lies a problem. The screenplay for Shine Your Eyes is perhaps too brilliant for its own good and Mariani constantly gets in his own way trying to power the barrage of ideas to a tidy, acceptable if ambiguous conclusion. Mariani could have chosen anyone or two of the film’s sub-themes- or genres for that matter- to explore (science fiction, domestic drama, love story, magical realism, folklore narrative, comedy) conclusively and with plenty of room left for underlying sub-text. But his more-is-more approach ultimately dilutes the effect of the engaging story that unspools onscreen.

Mariani is a vibrant, stylish presence throughout the film, his talent undeniable. From the riotous mise en scene that gives Shine Your Eyes a lot of its urgency to the choice of 4:3 in lensing by DOP Leo Bittencourt and the use of noble framed shots, big skies and prominent skyscrapers in capturing specifically the ways that Amadi would be intimidated by a strange city, his voice pervades the film in its entirety. Amadi discovers that all may not be well with his brother Ikenna (Chukwudi Iwuji) and enlists a couple of friendlies- an uncle, Ikenna’s former lover- to help him make sense of his cold trail.

It is a surprising choice, for a Brazilian director to tell this wondrously specific story of family and the ties that bind. But as it turns out, maybe not so. Igbos have emerged as some of the most influential immigrants to Brazil in the last couple of years and Shine Your Eyes is as much a Brazilian story as it is a Nigerian one. Mariani presents São Paulo in all its gritty ugliness as his pictures run a commentary of a city- and country- going through infrastructural disrepair. In this regard, São Paulo might as well be Lagos.

To help get a fuller grasp of Nigerian culture, Mariani collaborates neatly with Chika Anadu and Chioma Thompson on the screenplay- Anadu shares screenwriting credit- and the extent of their work is visible on screen. It is in the nuanced interpretation of cultural sensitivities. But it is also in the dialogue and the choice of actors. O.C Ukeje doesn’t speak Igbo as fluently as he could but his likeable boy and next door charm continues to work in his favor, riding through his inadequacy and some of the screenplay’s clumsiest moments.

A high minded yet richly entertaining meditation on life, Shine Your Eyes is able to grapple with reincarnation, complex family bonds and the insane responsibilities that Igbo culture tends to place on firstborn sons, while at the same time dealing with the immigrant experience. Who knew Nigeria and Brazil had so much in common?