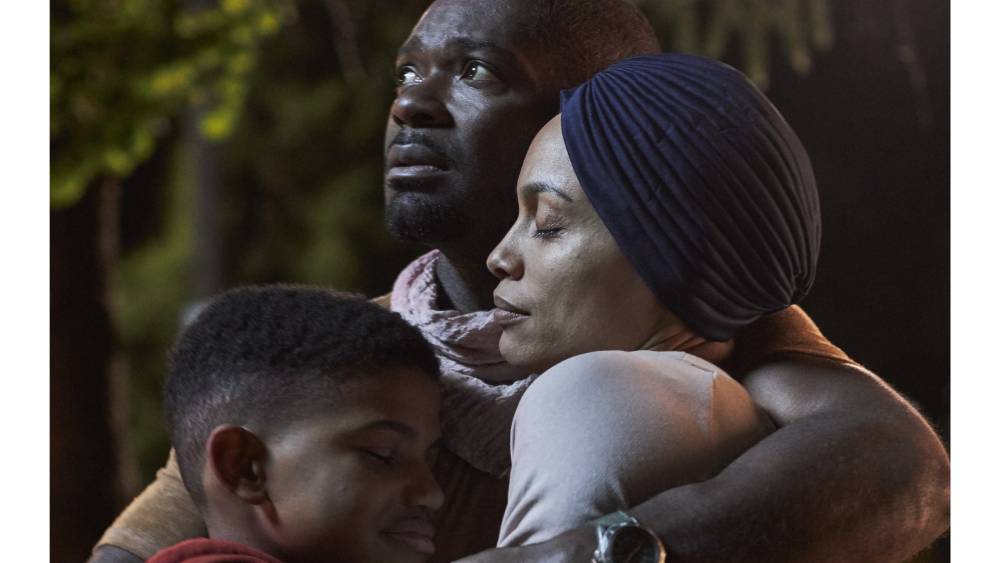 After delivering indelible performances in films like Selma and A United Kingdom, British-Nigerian actor David Oyelowo appeals to the child within for The Water Man, his Oprah Winfrey supported directorial debut. The Water Man continues Oyelowo’s exploration into grief and growing up as it arrives only months after his star turn alongside Angelina Jolie in the as-yet-unreleased, Sundance debuting Brenda Chapman fantasy, Come Away.

Gunner Boone (Lonnie Chavis) is an 11-year-old kid with a hyperactive imagination which he puts to use writing comic books. Gunner is dealing with the family’s move to a new community as well as his father’s lengthy absences. Gunner’s primary source of strength is his mother, Mary (Rosario Dawson, with nothing to do) with whom he enjoys a loving relationship. Not so much his marine father, Amos (Oyelowo who itches to turn his boy into someone tougher.)

The lush new neighborhood that the family moves to has a running urban legend about a mysterious bogeyman who appears to be bringing new life to animals in the woods nearby. Gunner finds himself obsessed with this myth when his mother becomes terminally ill and he convinces himself that only the Water Man can save her from a certain outcome.

Blinded by his conviction, Gunner strikes up a transactional relationship with an older teen Jo (Amiah Miller) and they both head into the woods to find this mysterious figure. Jo claims to have established contact with the Water man previously- she even shows scars to prove- so Gunner expects her to lead him on his journey. The legend of the Water Man is narrated with detailed animation in the style of the comics that Gunner’s draws giving the film an interesting slant.

As a director, Oyelowo is quite confident but hardly distinguished, finding the right balance between realism and fantasy that is present in Emma Needell’s screenplay. The film is modestly budgeted and as such, a lot of the happenings stay rooted in the real world. Oyelowo observes the action from the perspective of his protagonist, keeping audiences involved and invested in Gunner’s journey, but one step ahead also to be able to decipher fantasy from reality.

This decision is understandable and shows Oyelowo as a director looking to work within his abilities. But it also grounds The Water Man and restricts it from truly blossoming into something more spectacular. As a result, The Water Man is likely to find a long-term home on television or streaming services. Which is just as well considering it is where the industry seems to be headed anyway.

Beyond the picturesque cinematography, The Water Man, like Come Away before it grapples existentially with how children navigate grief and similar emotions assumed to be more adult. But there is nothing exclusively grown up about loss and Oyelowo is attuned to this, as he makes a solid argument on why children should not necessarily be shielded from some of the world’s tragic realities. Children perceive pain, they feel it as well and they possess more bandwidth for dealing than we tend to give them credit for. Perhaps adults should get in touch more often with the child within.