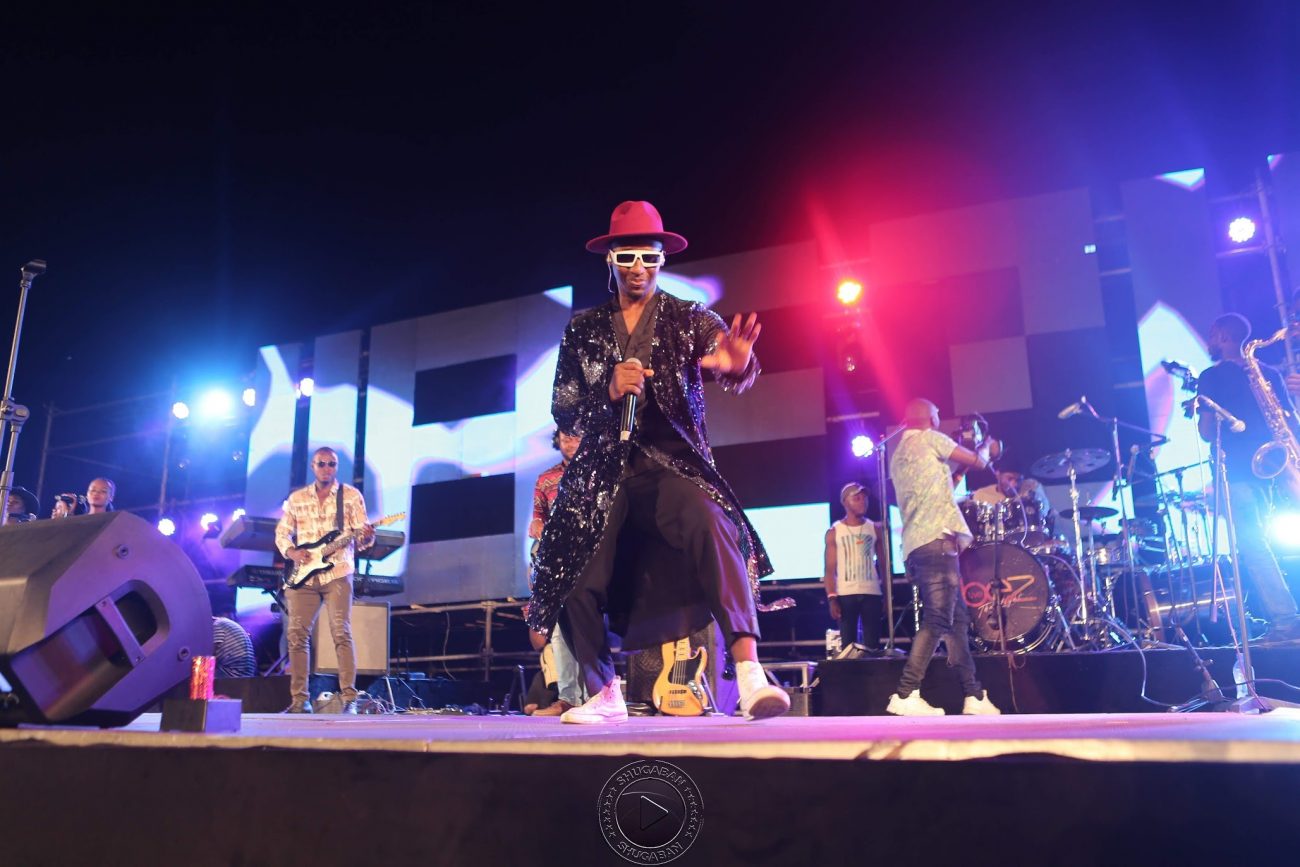 On the 24th of December at the Muri Okunola park, soul singer, Bez Idakula put out another edition of his live concert series for his Lagos audience. The concert also made for good promotional purposes, considering Bez had earlier in the year put out The Light, his third studio record.

Supported by a host of warm-up acts that included up and comers such as Eleesha, Celeste and Remii as well as established acts like Femi Leye, Ric Hassani and Waje, Bez was able to pitch his concert as an alternative, more adult programming to all the juvenile leaning display that was the month long Detty December series.

Waje’s set was particularly lively, warming things up nicely with familiar songs such as I Wish, Coco Baby and Onye from her oeuvre. Ric Hassani showed up next with his team of silky-voiced backup vocalists to reimagine songs like Gentleman and Only You just before the headlining act was ready to take the stage.

Bez soon arrived dressed in a black flowing robe, trainers and a hat, looking something like the zen pseudo-Samurai on the cover of his latest album. He opened with a selection of positivity inclined songs from the new album, Better Days, Shine and Far Away which he revealed is dedicated to his wife.

On record, Bez’s voice is almost thin as he prioritizes the emotions written into his lyrics ahead of vocal gymnastics. But on stage, he is quite a different beast, singing clearly and forcefully, stretching his limits to better engage with the outdoor audience come to see him play. Bez sings and strums his guitar without missing a beat while backed by regular collaborators Nsikak, also on guitar and The Cavemen on guitar drums and vocals. Indeed some of the finest moments from the concert came from watching the three men play their hearts out.

Not wanting to restrict himself to new material only, Bez went back to dip into evergreen favourites from his catalogue. He continued a tradition of inviting not only his sister, Lydia but a couple of pre and randomly selected people to sing along to Zuciya Daya. Supersun, Say and There’s a Fire as expected brought out some of the strongest reactions from the audience.

Bez returned from an intermission but his attempt to make a dramatic entry from a crane mounted directly opposite the main stage didn’t quite materialize as the mic wouldn’t work. It didn’t matter. Bez soon rebounded and got back to thrilling with the magic of his songs and the infectiousness of his showmanship.

He performed familiar tunes like My Baby, You Suppose Know- with a group of dancers– and Eternity and at intervals, brought on more surprise guest stars. Singer turned actor Ayoola Ayolola did a fine rendition of Bob Marley’s Don’t Worry Be Happy. Lady Donli showed up briefly for Corner Corner and the Cavemen put on a fantastic jamming session that climaxed with the duet Beauty from The Light album.

Rounding up the night with That Stupid Song, Bez announced that the Bez Live, a series that has delivered about half a dozen performances in Lagos and Abuja is being discontinued, possibly to try out a different model.

A leader of the alternative movement, Bez has along the years become a dependable source of enriching live musical experiences. This was no different. His audience may not sell out Eko hotel but they aren’t exactly the fickle kind and will available as long as he keeps putting material out. Moving forward, it will be interesting to see what form his future engagements take.