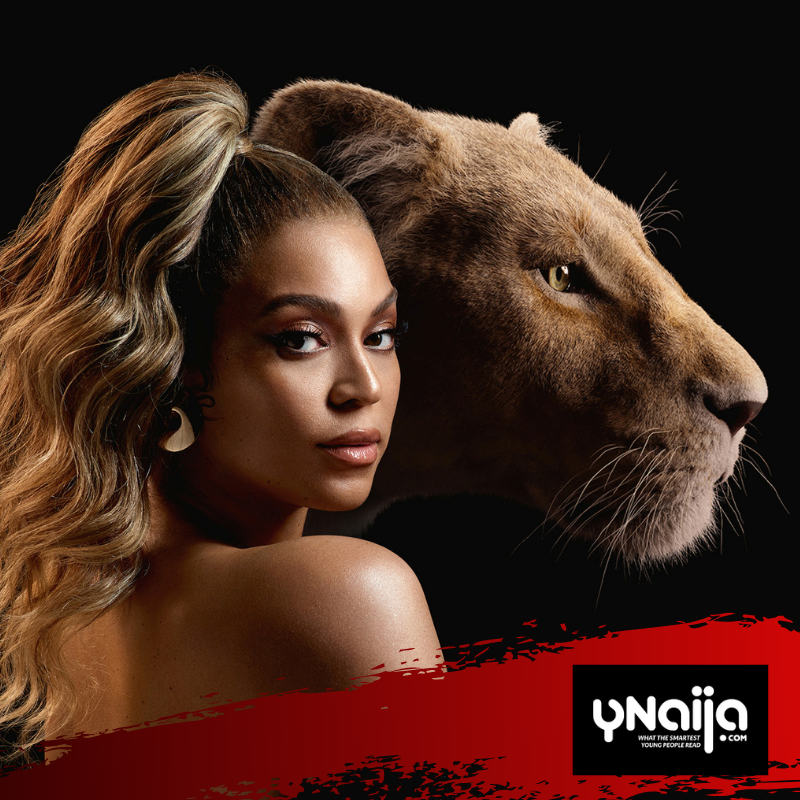 Forget Billboard, we rank all the songs in Beyoncé’s The Lion King: The Gift album

Beyoncé Giselle Knowles-Carter, aka Nala, sister of Naruba, Oshun, Queen Sheba and the mother herself fulfilled her contractual obligations to Disney over the weekend when she released The Lion King: The Gift, the companion album to the semi-live action remake of the animated classic. The album, an offshoot of the original soundtrack record is curated by Beyoncé and features a galaxy of American and African stars.

We have been on the internet and have spotted a couple of rankings of the furteen songs on the album (minus the interludes). Most notable of them is this one from Billboard which while admirable, manages to get some salient points wrong.

Because the album is an afrobeats/afrofusion experience, we thought to offer a corrective ranking. This one from people who understand the project a little better. If you do not agree with our list, feel free to make yours.

The rambling, underwhelming and slightly comical NILE is what happens whenever Beyoncé decides to go into her faux deep, introspective moods. Coming off as a sort of stream of consciousness meditation that rhymes the river Nile with denial (how original), NILE considers rejuvenation, migration- both forced and voluntary- and a re-engagement with one’s roots. The best thing about it is its concise length.

For the original film, Jeremy Irons brought to glorious animated life, one of the most iconic baddies in all of film. To understand Scar, the rogue uncle who kills his brother and lays a spectacular guilt trip on his cub nephew a little bit better, Canadian singer Jessie Reyez and American rapper 070 Shake take a trip into his mind space to uncover a twisted if self-aware villain. SCAR is an interesting premise but it exits quite abruptly before it can bloom properly. The character, taken over by Chiwetel Ejiofor for this live action remake certainly deserves better.

DON’T JEALOUS ME is an interesting contraption. Perfectly representative of afrobeats music at its blandest and most derivative, it arrives complete with big name stars, juvenile lyrics and a dance ready bass line. Proof that whether you are Beyonce or Yemi Alade, it is almost impossible to do a pure afrobeats record without coming up with a song like this, even if as album filler. The best thing to be said about DON’T JEALOUS ME is that the average is as important as the excellent, even when introducing new sounds to a wider audience. It is pop music after all.

With its background ululating vocalists, electric guitar and parachuting in of two megastars, WATER is saved from being an exotic imagination of what African music should sound like by the addition of Cameroonian singer Salatiel who foregrounds the forgettable young lovers’ back and forth with some of his laidback soul.

One of the better written songs on the record, KEYS TO THE KINGDOM hearkens back to Tiwa Savage’s early days as a promising lyricist. Produced by Northboi Oracle and Queen Bey herself with some vocal assist by Mr Eazi, this feel good, bouncy affirmation of identity reflecting Simba’s inner journey isn’t the flashiest thing Ms Savage has recorded but it is steeped in her artistic identity.

Fresh from a win at the BET awards, international audiences will be reintroduced to Burna Boy, the only other artist apart from Beyoncé to score a solo entry on The Lion King: The Gift. A solid Burna Boy entry, JA ARA E is also reflective of Beyoncé’s generosity in ceding plenty of the spotlight to allow the individual identities of her guests to come through. Burna Boy has the stage to himself and sing-speaks his way through his rather apt connection of young Simba’s coming of age to the daily realities of hustling in Lagos.

Beyoncé may have had her publicized daddy issues in the past but recording Daddy Lessons for her 2016 Lemonade album appeared to have put those matters at rest for good. She retreads those lessons once more for FIND YOUR WAY BACK, an intriguing enough production that thanks to the efforts of back vocalist/A&R guy Bankulli sounds like something that would emerge if Niniola and Don Jazzy went into the studio.

Like Lemonade, The Gift’s opener starts out mellow and subdued. Instead of Mufasa, the original lion king teaching his spawn Simba about balance and the role of the individual in the circle of life, Beyoncé is the grand dame, charging us her loyal subjects to rise up to our preordained potentials. It may be self-motivating mumbo jumbo, but the writers’ penmanship is lucid and surprisingly fresh. Beyoncé sells it hard and makes it better- and bigger- than it should have been.

The lead single from The Gift as well as the 2019 original soundtrack album is obviously inspired by the Elton John classic, Circle of Life and even opens with some Swahili chant. Beyoncé is in near-full bloom as she soars and decrescendos in this anthemic addition to her movie music canon. The lyrics are lukewarm but the emotion behind the delivery is real.

Last year, dance music trio released an Afrobeats side project involving some of the brightest stars on the continent. This familiarity with the sound is responsible for the most joyful song on the album. Beyoncé deserves points for daring to ride a shuffling afrobeats beat that accommodates plenty of dancehall elements. But the real MVP is Ghana’s Shatta Wale who finding himself in his natural habitat, decimates everything in his path including Mrs Carter.

In contrast to what has mostly been a West African domination, The Gift takes a dive further south with MY POWER, the feisty, boisterous girl power anthem that has Beyoncé making the effort to keep up with the high energy that her collaborators bring to the table. Tierra Whack is a surprise fit for this DJ Lag produced hard-to-resist gqom beat. Beyonce’s Nala is given bigger responsibilities in Jon Favreau’s film and this song is her battle cry.

This lush, swoon worthy slow burner would be passable by itself but what elevates it above the regular power ballad sub-genre is the timely inclusion of both Yoruba and Swahili chants toward the end. This adventurous stroke adds more resonance to the gospel tinged otherworld mood that plays as a musical stand in for the departed Mufasa’s reflections to the confused man-child he’s left behind.

Sampling Malian artist Oumou Sangaré’s 1989 song, Diaraby Nene, Beyoncé enlists hubby Jay-Z as well as Childish Gambino, the musical alter ego of her big screen costar for this urban, hedonistic display. Suffering a similar fate as his character in the live action remake, Gambino is outclassed and outplayed not only by Beyoncé who is resplendent in two highly quotable verse, but also by a sub-prime Jay-Z who graciously cedes the spotlight to his partner.

The breakout track of The Lion King: The Gift is also the best one. Less a thematic component of the album and more of a universal celebration of skin color and racial heritage, Brown Skin Girl doubles down on Beyoncé’s Lemonade era embrace of her provenance. Wizkid may have had his own public issues with romantic partners but he is a natural fit here. Wizkid’s syrupy voice melds sweetly with Beyoncé’s and the dancehall vibe stays in keeping with the direction his international career has taken so far.