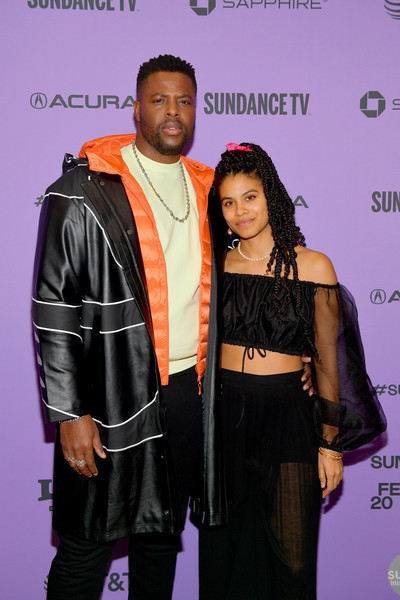 In Nine Days, the ambitious, life-affirming debut by director Edson Oda, which premiered at Sundance in the U.S Dramatic Competition, the events play out in some parallel pre-universe, an isolated desert landscape where an unsmiling, physically imposing figure, Will (Winston Duke) is in charge of deciding who gets to be born and sent out to the real world.

Oda has created a uniquely original concept where Will, with some help from his assistant Kyo (Benedict Wong) spends his days poring over video clips of souls he has sent into the real world, watching them live their lives in real time. When one of his creations tragically takes her own life, Will is distraught and blames himself for missing all the signs that could have pointed to this outcome. But he has little time to sit and sulk as he must set about the task of replacing her.

To do this, Winston auditions different souls in a reality television styled operation for nine days. He administers a series of structured questionnaires to the candidates, mostly concerned with how they respond to his hypothetical scenarios. In addition, they stick around the old-school house, running errands and hoping to convince him of their worthiness. There may be some racial bias bubbling under the surface of these interactions but the jaded, hard to please Will certainly does not make it easy for any of them.

The candidates run the gamut from the wide eyed romantic (Arianna Ortiz) to the constant meddler (Bill Skarsgård). They are all strongly drawn out but none more so than Emma (Zazie Beetz) an incurable optimist whose outlook is one of child like wonder. Will resists her at first but the more he fights the more she opens herself up to remind him that the best things about living are really the simple ones. Their relationship isn’t sold as a romantic one, the same way that Nine Days isn’t pitched as a religious experience. But Oda’s messaging is clear.

Nine Days is a metaphor for living and makes a finely argued case for appreciating every waking minute that we are privileged to exist in this world. Moody without being pretentious, introspective without being heavy handed, Oda’s achievement is a welcome rarity in today’s film landscape, an utterly original concept story that merges artistic ambition with philosophical underpinnings. It remains to be seen just how commercially successful Nine Days can play but it is sure to involve some innovative marketing.

A fine blend of character study and world building, Nine Days is a technical marvel, with production design, cinematography and sound design coming together beautifully to create a wholly believable yet otherworldly dimension. It is easy to get carried away into the high-tech sci-fi concepts that Oda’s film espouses but he is quick to remind his audience that Nine Days is the singular journey of Will and how his jaded spirit is renewed.

Winston Duke who was cast in place of a proposed Asian lead that Oda initially envisioned for the project, has proven with Black Panther that he can steal scenes comfortably and with Jordan Peele’s Us that he can graciously take the back seat for his more famous costar to shine.

In Nine Days, Duke unlocks a whole new level of his magnificent talent, playing moody and world weary for most of the film’s running time. For the final act however, Nine Days becomes an actor’s showcase and Duke rises to the occasion, putting in career-best work while knocking out his big monologue with all the conviction of a master at the top of his game.

Winner of the Waldo Salt Screenwriting Award at Sundance, Nine Days is a surprising outlier not without its flaws- the mid-section could do with a little more spring. Mixing traditional dramaturgy with some big concept thinking and meticulous world building, the finished product is a wondrous, stunning reminder that life is for living and must never be taken for granted.