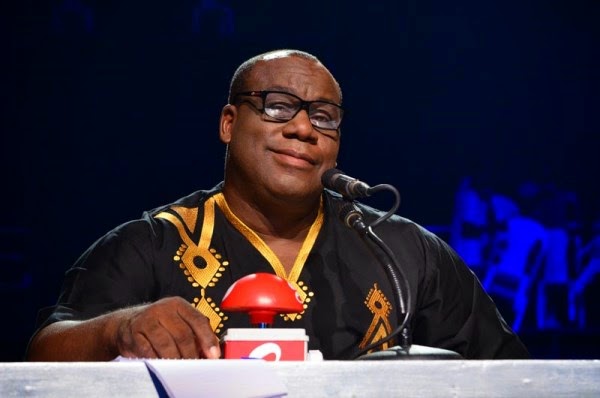 Obituary: Dan Foster, the American who changed the face of Nigerian radio forever

In the afternoon of 17, June, news would begin to filter in from unconfirmed sources that popular Nigerian based, American broadcaster and On Air Personality, Dan Foster had passed away in a Lagos hospital due to complications related to the novel COVID-19 pandemic. His wife, Lovina would eventually make the confirmation to Channels Television. According to news reports, he was 57 years old. Until his death Foster worked at Classic FM 97.3 as the morning show host.

It is an unlikely journey from the United States of America to Lagos, Nigeria but for Dan Foster, his twenty year Nigerian sojourn started in 1999. He was a thirty-seven-year-old who encouraged by a job offer he could not refuse, packed his bags and moved to Lagos.

It was a different country at the time that Dan Foster landed in Lagos to commence work at the fledgling radio station 96.9 Cool FM. Nigeria had just transitioned into the 4th republic with Olusegun Obasanjo taking on the responsibility of rebuilding a battered nation.

But somethings, they never change.

As Dan Foster landed in Lagos, he was assaulted by the relentless heat. And the traffic. And the sea of black people moving about on the streets. As an African American, he had never seen that many black people gathered in any single place. It wasn’t until he crossed the Third Mainland Bridge and approached the improved infrastructure on the Island that Foster was convinced he had made the right move. It couldn’t have dawned on him- or on anyone else- back then that Foster was entering the beginning of one of the most remarkable second acts in professional history.

Foster took over the morning belt at Cool FM from Mark Sylva, a fellow (Caucasian) American and it certainly didn’t take long for magic to happen. Sylva’s stuffiness and latent longing for home did not exactly endear him to the Lagos audience. Foster studied the tapes and decided that for broadcast radio, local was always best. He retained his American drawl but he checked the superior airs at the door and got down to studying his new environment. He was genuinely curious about the people and the lives they lived and instead of talking down at his audience, he became one with them.

Or at least he tried.

Foster never quite got the hang of the local dialects and was to be heard every other day mangling one local word after the other. He did pronounce Ikebe well enough though. But this did not stop him from trying again the very next day. Dan Foster got his laughs out of this sure enough, but it wasn’t simply because he was making fun of the culture or the people. It was because deep down, people felt like they could respond to this merry voiced, obviously sheltered foreigner who was making an effort to belong.

Recognizing that his job was to connect with his audience, he willingly put himself out there. As Africans and African Americans, home and abroad, continue to navigate the contours of their relationships, Dan Foster was living proof that everyone could get along wherever, as long as there was mutual respect and a sustained effort to understand each other. Long before the year of the return was a thing, Dan Foster came back to Africa and established roots in Lagos. He adopted the Yoruba name, Omowale.

Lagos welcomed him with open arms and before long, Foster’s morning show belt became the most popular property on all of radio. Foster’s playful, instantly recognizable baritone guided Lagosians from their waking moments through rush hour traffic and on to some of the most productive hours of their working lives. His was that familiar voice that eventually became a confidante and guide through some of life’s most notable moments. “The death of Dan Foster saddens me. He was an excellent friend of mine, veteran radio host bar none. May his soul rest in peace.” Entrepreneur and former senator Ben Murray-Bruce noted on Twitter.

Foster tried to ensure there was never a dull moment, introducing bits into his programming that would eventually be replicated across board till they became industry standard. The prank segment, cool candid phone was a hit. So was the “Shaky shaky” title he adopted to christen first time callers to his show. On Sundays it was a different, more spiritual Dan Foster that took over the airwaves, taking his audience to church and back with the Praise Jam show. There are people who got their gospel music education just listening to Foster’s playlists.

Dan Foster enjoyed an incredible nine year run at Cool FM during which time he became the most influential personality on radio. His show was a hit, and at the height of his influence, it seemed all of Lagos listened to him and called him Top dawg. Foster, alongside Olisa Adibua became the prototypes for what successful OAPs should sound like and aspire to.

At some point, before Wazobia FM took the entire idea of going local to another practical- and ultimately successful- level, everybody wanted to sound like Dan Foster. And for a while everyone did too. As Dan Foster inadvertently birthed a new generation of foreign sounding OAPs. the irony was that while more of his proteges tried to sound American, on the radio, Foster himself kept trying to sound local. He would train countless young talent across several media platforms.

Born Daniel Foster in Washington DC, the big dawg as he was fondly addressed was raised alongside his three siblings mostly in Baltimore by a single dad- who is still alive- and his grand mom. Foster’s mum died when he was about ten years old. As a teenager, Foster was rebellious and was seduced by the lure of the Marines, inspired by his father was in the Air Force.

He was part of a float team that served in North Carolina, California, Florida and Japan. He would play around with some of the radio equipment he found in his unit and early hints of his future career in radio would be demonstrated. Foster went down memory lane with Osagie Alonge in a 2014 interview with TheNetng, “During my service, I started doing mock commercials; I would read adverts on magazines and put some music behind it. I did it so well that guys wouldn’t believe that was my voice. They’d be like ‘stop lying that’s not you’ and I’d say ‘yeah that’s me’ and that’s when I knew something was special. That’s how I realized that if I got out, I would have to attend an institute of broadcasting.”

His service record led to an opportunity to attend college and Foster studied Broadcasting and Drama at Morgan State University. He met and worked with entrepreneur and business executive Cathy Hughes whom he says was a source of encouragement to him. Foster was coasting in the United States when a chance encounter with Chris Ubosi, then an executive with Cool FM who had listened to Foster’s work online led to a life changing decision. He was soon headed purely on gut instinct- although the nice Victoria Island apartment, swimming pool and other perks helped- to Nigeria, a place that that would eventually become his home till the end. Foster’s peak years as a primetime anchor coincided with the rise of Nigerian pop music and he used his influence to put Nigerian music on the radio.

When Dan Foster left Cool FM for Inspiration 92.3 FM where he also doubled as head of programmes, it seemed like the end of an era and in many ways it was. Foster’s influence as an OAP had peaked but he retained a core fanbase that made the switch with him. He was reported to have been the highest paid OAP in the country and helped train a new generation of talent including Wana Udobang and Bella Rose.

The annual Christmas Day Praise Jam became a highlight of the social calendar and Foster would eventually move again, first to City 105.1FM and then to Classic FM 97.3 in 2016 where he rejoined former boss Ubosi whose Megalectric owns Classic FM.

At this time Foster’s career had come circle. The terrain of broadcast radio had altered considerably and even though the stations were thriving, the cultural shift preferred the OAPs younger, sexier and more in tune with the local sounds. The OAPs still sounded like Dan Foster copycats but Wazobia FM had also made pidgin English cool, something Foster can at least take credit for foreshadowing. Dan Foster wasn’t the white hot center of the radio universe anymore but his professionalism and expertise kept him in constant demand and Classic FM’s older crowd was perfect for his talents.

Foster may have thrived in Lagos but his first marriage did not and his ex-wife moved with their son Joshua back to the States shortly after they arrived. Foster dated influential blogger Linda Ikeji for a spell before meeting and settling down with his second wife Lovina, a banker. They have three children together. His daughter Daniella has showed an aptitude for performing and was cast in last year’s Akin Omotoso directed drama, The Ghost and the House of Truth.

With his ebullient personality and aspirational lifestyle, Dan Foster effectively refashioned the OAP as a bonafide celebrity. Because of his refreshing voice, his positive spirit and his motivational presence, radio was never quite the same again.