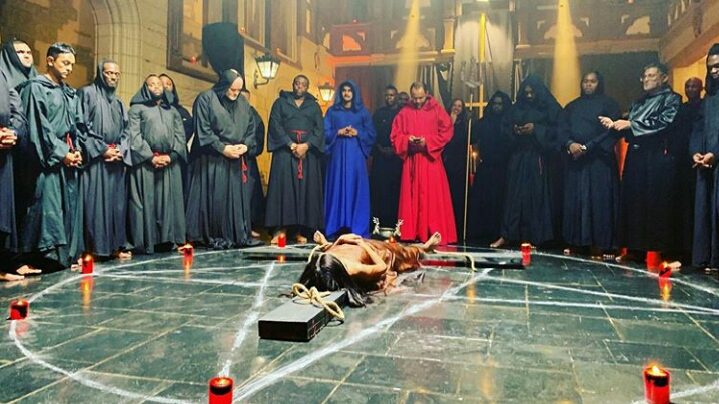 Top 5 movies we are most looking forward to in November

The film world is still churning with the news about the disqualification of Genevieve Nnaji’s Lionheart from 2020 Oscar race. Lionheart, which entered for the Best International Feature Film category, was made ineligible by the Academy because it’s mostly an ”English film.” Hello, we were colonised by Britain and English is our official language. Frankly, though, perhaps the Academy needs to rethink its rules on how it admits movie in that category, which was changed from Foreign Language.

That said, we are in the post-Halloween season, and although horror is still yet to gain mainstream attention in Nollywood, we hope this happens some day. Here are the top movies we are looking forward to this month.

Ramsey Nouah’s directorial debut is a sequel to 1992’s occult horror classic Living In Bondage, and while the movie has been aggressively updated with modern tropes and has some stars of the first installment returning back, Nouah in an interview said he had to tone down the horror. Living In Bondage Breaking Free hits cinemas November 8.

2. The Ghost and House of Truth

Care for some zombies? Lupita Nyong’o is brilliant in Abe Forsythe’s zombie comedy where she plays a teacher, teaming up with a washed-up musician (Alexander England) to protect young children from a sudden outbreak of zombies. Little Monster is out November 15, 2019.

From her escape from slavery through the dangerous missions she led to liberate hundreds of slaves through the Underground Railroad, the story of heroic abolitionist Harriet Tubman (Cynthia Erivo) is told. The film also stars Janelle Monae, Joe Alwyn, Leslie Odom Jr., and Jennifer Nettles. The movie is out in cinemas November 22, 2019.

This debut film from French-Senegalese actor and director Mati Diop was the first movie made by a woman of African heritage to premiere at the Cannes Film Festival, where it won the Grand Prix. After winning awards and critical acclaim, the movie was scooped up by Netflix and will be released on the streaming service November 29.

Categories: The Cutting Floor
Tags: Living In Bondage: Breaking Free, The Ghost and the house of truth, Top 5 movies we are most looking forward to in November