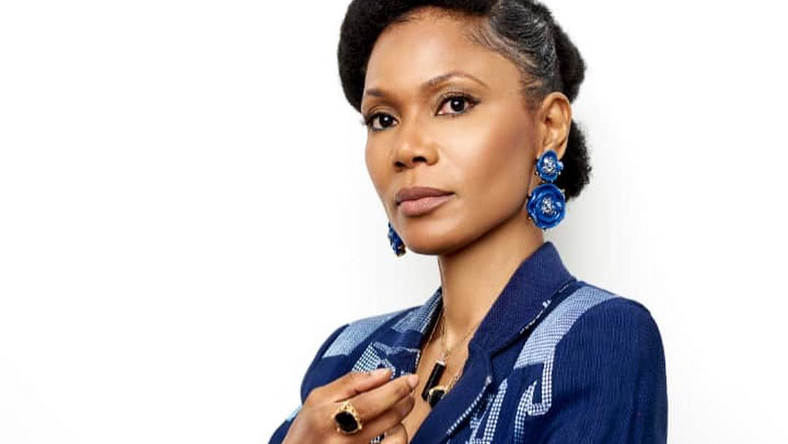 It is a long way from Lagos to London, but when the 63rd London Film Festival unveiled its programme for this year’s event, three Nigerian feature length films made the cut. One of them, Walking with Shadows, the debut film production by television icon and media darling Funmi Iyanda stands out easily.

Adapted from the 2005 novel by Jude Dibia, Walking with Shadows unspools a story that can be described as a Nigerian tragedy, but one with universal awareness and understanding. Adrian Njoko played by Ozzy Agu who must live a lie to fit in with society’s expectations finds himself teetering on the brink when a phone call forces him to confront his demons. Anyone who has followed the career of Funmi Iyanda would not be surprised at this turn of events with Walking With Shadows.

For a while, as the host of the now rested New Dawn on 10, Funmi Iyanda was perhaps the most trusted Nigerian alive, able to give form and voice to some of the most pressing issues of the day. On screen every weekday morning, beaming live on the national network with the widest reach, Funmi Iyanda took on hot takes, viral news and trending issues long before they went by those terms. But she wasn’t just on television to read out the headlines dispassionately or to hop on sensational topics just because.

What separated Iyanda from everyone else on television at the time was her passion for people and for country. Her skill at getting her guests- both high and low profile – to put their trust in her as they collectively worked their way through the issues was second to none. This trust permeated to the viewers who hung on to her every word and ensured that New Dawn on 10 for the bulk of its run was the most popular show on morning television and this was when morning television was at its peak. New Dawn on 10 holds the record for the longest running independently produced show in NTA’s history.

For Funmi Iyanda, it wasn’t just about getting the story, she could do that in her sleep. Much trickier to accomplish was the potent mix of genuine curiosity in the lives and minds of her subjects and ease at which she got them to unburden their minds. Iyanda simply had a way with people and it didn’t matter whether they were presidents, governors or market women. She knew people and knew how to get them to talk.

This skill set was made evident when following the cancellation of her show- at a time it was still wildly popular- Funmi Iyanda resurfaced with a magazine like show titled Talk with Funmi. Where New Dawn on 10 was limited by the restrictions of a closed set and a rigid format, Talk with Funmi allowed Iyanda spread herself as far as she was willing. Iyanda took the opportunity to launch out into the streets where she met the real people that are the beating heart of the country. Iyanda took a ride with okada men in one episode and sat down with the Oba of Lagos in another.

Common to these episodes was her knack for zeroing in on the true essence of her subjects. Talk with Funmi did not last as long as it should have but it didn’t go out without getting strong notices. For the 50th Independence Day celebration in 2010, the BBC aired a three-part documentary titled My Country, produced and hosted by Funmi Iyanda.

Funmi Iyanda took a break  to pursue her private interests and mother her child, although she left the public eye, she was never quite far from public consciousness. She would show up in TEDx talks in London and in commercials by telecom companies and has been quite active on Twitter where she has continued to engage and to tell the stories that matter.

Whether ruminating on the fate of her mother who left home one day and never returned or sharing the story of a dear friend who battled HIV, Iyanda continued doing what she does best, breaking taboos and celebrating inclusivity. Every first day of the year, she appeared on television to promote the work of her Change-A-Life foundation which she started while on New Dawn at 10.

With Walking with Shadows, the irrepressible Funmi Iyanda opens yet another chapter in her illustrious career, one that is already stacked high with impact and accolades. In typical Funmi Iyanda fashion, for her movie debut, she chose not to go the regular route- a comedy about crazy rich Nigerian starring half of Nollywood would be a surefire box office bet- but for Iyanda, such an assignment would be boring for her. Instead Iyanda chose a more taxing narrative, going back to the same taboo subject that landed her in hot water back in 2004.

A lot of things have changed since then but a lot more has stayed the same. After disrupting print and television journalism, with Walking with Shadows, Funmi Iyanda has her sights on the movie business and she has told us to expect more from her production company, OYA Media.