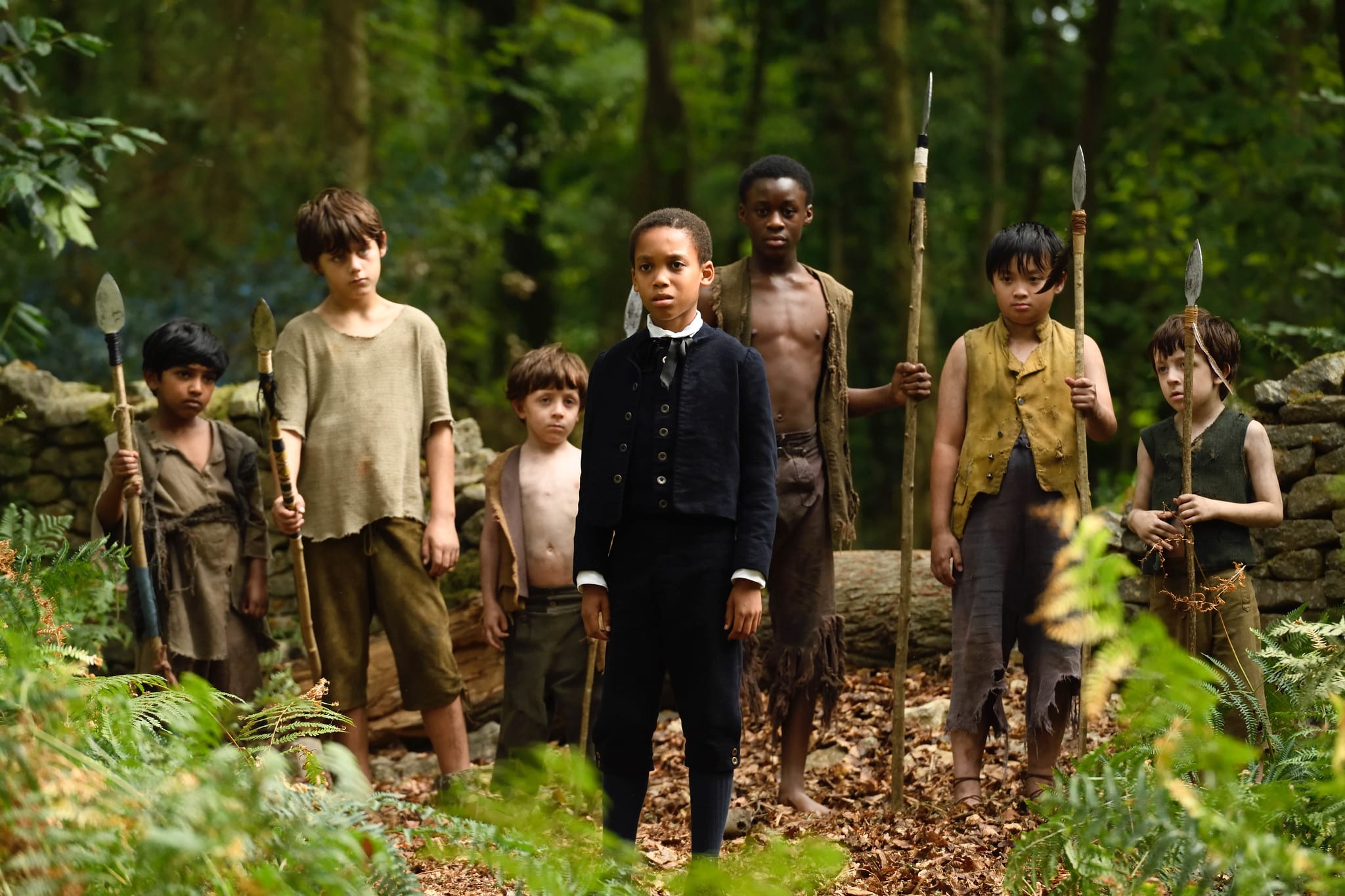 What if Neverland’s Peter and Wonderland’s Alice were brother and sister, parented by the cinematic duo of Angelina Jolie and David Oyelowo? What if your favorite fairytale characters existed in a shared multi-universe with each one gliding in and out of fictional worlds at will? That is the intriguing conceit of Come Away, the latest from Brenda Chapman, the pioneering artist behind hits such as The Prince of Egypt and Brave.

The film is somewhat of a creative triumph for Chapman who despite becoming the first woman to win an animation Oscar for directing 2012’s Brave has not made a feature length film since then. Come Away also marks the occasion of her live-action debut.

Penned by Marissa Kate Goodhill, Come Away’s plot is a fantastical weaving of fantasy, dreamscapes and realism. Rose (Jolie) and Jack Littleton (Oyelowo) are the odd mixed-race couple raising three kids in the gentle English countryside. They don’t have much but are content with Jack’s earnings from his modest wood making business. This sense of contentment is occasionally interrupted by Rose’s well meaning but snobbish elder sister Eleanor (Anna Chancellor) who hasn’t quite forgiven Rose for marrying below her station.

READ MORE FROM WILFRED OKICHE: Your Excellency is an embarassing misfire

This loving home environment provides fodder for the kids, David (Reece Yates), Alice (Keira Chansa) and Peter (Jordan Nash) to let their imaginations run wild. Chapman captures these moments of sweet innocence with startling clarity. She presents them completely through the eyes of the children and invites viewers to tap in and surrender to their child like imagination. Sticks become swords and an abandoned boat becomes a bustling pirate ship and Chapman makes no fuss about gliding smoothly into fantasy realms.

The film’s production design borrows heavily from these fairytale worlds and Chapman occasionally calls self-serving attention to her team’s work with props and set dressing that may (a pocket watch) or may not (a stuffed white rabbit, a bell made by a tinker) advance the story that she is telling. They all work together however to create a world familiar to viewers who have ever imagined the distinct worlds created by JM Barrie and Lewis Carroll.

If it appears like Come Away presents a world that is too good to be true, then some form of spoiler must be introduced to rock the idyllic boat. Tragedy occurs unexpectedly and the once happy family is thrown into a crisis that they never actually recover from. The kids react to this tragedy in different, singular ways and so do their parents.

Peter, long suspicious of adulthood finds kinship with the lost boys and creates his personal manifesto. Alice, suspicious of being made into a proper lady by her aunt, finds closure by slipping in and out of Wonderland. The progression into these worlds and characters, particularly Alice’s is competently handled and occurs as smoothly as can be managed. But Peter’s journey, the core of the film, is mawkishly handled especially with the sub-plot concerned with the bonds between fathers and sons.

Come Away may present as a children’s film but it makes more sense when viewed as a film for adults looking to connect with their inner children. In some ways the film views the entire sequence of growing up as a tragedy that though unavoidable, must be handled with grace and class in order to bypass trauma. Commentaries on social class, multi-generational the finality of death and coping mechanisms for families unraveled by tragedy might go over the heads of younger kids but adults will most certainly relate.

Premiering in the Kids section of the Sundance film festival, Come Away is a peculiar film, a competently produced children’s period fantasy based on universally familiar characters. It is however prevented from floating merrily into the clouds by some very adult themes that constantly pulls it back down to earth. This element of grief that suffuses the film works better than one would expect, giving the film not just dramatic tension but an indelible gravitas that an otherwise minded film would have been hard pressed to achieve.